Diep Do joined the California Housing Partnership in 2013 and has more than 20 years of high-level experience in affordable housing development, preservation, and management. As the Partnership’s Senior Director, Financial Consulting – San Diego Region, Diep provides financial consulting, technical assistance and training to our nonprofit and government partners throughout Southern California. She was promoted from San Diego Region Director in 2022.

Prior to joining the Partnership, Diep was the Interim Director of Housing Development for Satellite Housing where she was a member of the senior leadership team responsible for managing Satellite’s merger with Affordable Housing Associates as well as overseeing Satellite’s real estate development department. Prior to Satellite, Diep was Director of Housing Development at Tenderloin Neighborhood Development Corporation where she oversaw the development and preservation of more than 1,600 affordable homes for San Francisco’s lowest-income residents, totaling more than $600 million in financing. In addition, Diep supervised a team of eight project management staff and played an active role in policy development both within TNDC and in the broader nonprofit housing community. 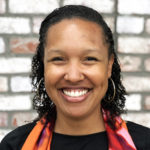 Siera Beal joined the California Housing Partnership in 2021. As a Housing Finance Specialist, she provides financial technical assistance and support to the Partnership’s Housing Finance team to guide affordable housing developments in obtaining funding from an array of federal, state and local competitive programs (LIHTC, tax-exempt bonds, HUD, HCD, and others).

Prior to joining the Partnership, Siera worked as a Lending Program Officer at LISC, where she originated and managed more than $8 million in predevelopment and acquisition loans for affordable housing and community development projects across San Diego County and developed the organization’s first-ever down payment assistance program. Before venturing into the affordable housing and community development realm, Siera spent most of her career in commercial real estate finance – first, as an Assistant Project Manager with RLJ Lodging Trust and later as a vice president in hospitality finance with CBRE. While with CBRE, Siera executed all aspects of securing debt & equity for hotel investments on behalf of her clients totaling $1.78B in financings spanning North America & the Caribbean. A proud native Ithacan, Siera earned her B.S. in Hotel Administration from her hometown alma mater, Cornell University. She also holds an M.B.A. from the UCLA Anderson School of Management.